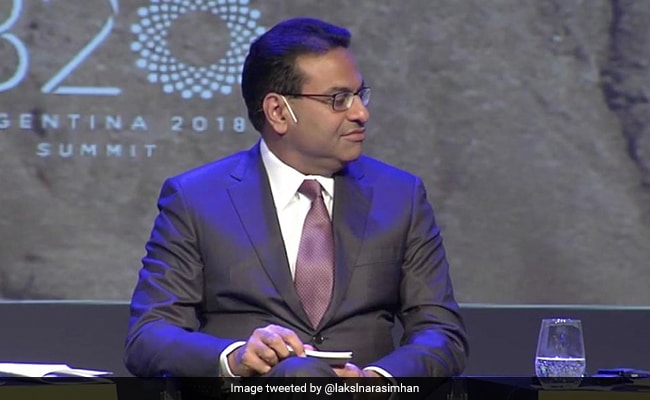 Starbucks, the world’s biggest coffee chain, recently named Laxman Narasimhan as its next Chief Executive Officer (CEO). Now, The Guardian has said in a report that the company will pay him a sizable salary. If he reaches his targets, Mr Narasimhan, who left his position at Reckitt Benckiser to become CEO of Starbucks, will receive an annual salary of approximately $17.5 million (Rs 140 crore), the outlet said. Mr Narasimhan’s yearly salary with Reckitt Benckiser was 6 million pound (Rs 55 cr).

The new role of the 55-year-old is an improvement in many ways. According to The Guardian report, Reckitt Benckiser was valued at 45 billion pounds, while Starbucks is approximately $100 billion (£87 billion) in revenue. Due to this, Mr Narasimhan’s individual incentives will also significantly rise.

Starbucks is the world’s largest roaster and retailer of specialty coffee, with 34,000 locations across the globe and a five-decade history of success.

After moving from London to Seattle, Mr Narasimhan is scheduled to start working for the coffee company as the upcoming CEO on October 1 of this year. Before formally taking over as CEO and joining the board on April 1, 2023, he will work closely with interim CEO Howard Schultz.

He completed his mechanical engineering from Pune University and has served in a number of executive capacities at PepsiCo, including that of its global chief commercial officer, where he was in charge of the business’s long-term strategy and technological prowess.

Resolving Starbucks’ escalating labour relations issues would be one of Mr Narasimhan’s main challenges as the company’s CEO. Starbucks said in a statement that Mr Narasimhan would spend his first few months getting to know staff members from all across the world.

Mr Narasimhan also serves as a trustee for the Brookings Institution, is a director of Verizon, and is a member of the Council on Foreign Relations.