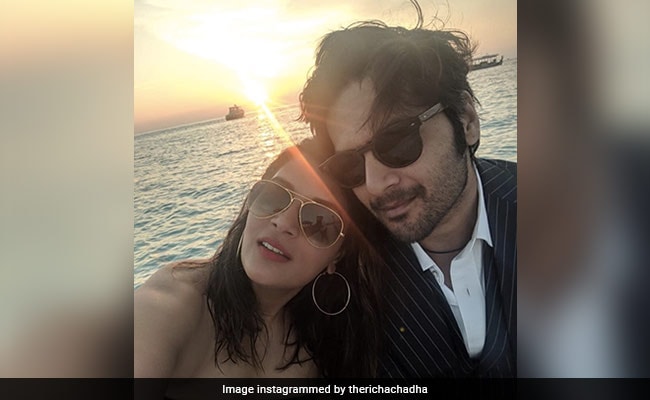 Richa Chadha and Ali Fazal occupied a spot on the list of trends all of Tuesday morning after reports of the couple’s rumoured wedding started surfacing online. The couple is reportedly set to get married by the end of this month, reported news agency ANI. The ANI report stated, “As per the sources, the two are now all set to tie the knot in September end. The celebrations will begin in Delhi and then move and conclude in Mumbai in the first week of October. Reportedly, the D-day will be held at a South Mumbai hotel.” The couple have not made any official announcements as of now. The couple were to get married in 2020. However, it got postponed due to the pandemic.

Last month, in an interview with News18, Richa Chadha said this when asked about her wedding plans: “I think shaadi… shaadi ho jaegi iss saal. Kar lenge kisi tarah se (We will get married this year, will marry somehow). We’re very excited to get married but just worried about Covid and want to be responsible. Don’t want to be in the news for the wrong reasons. Plus, we’ve both gotten really, really busy when stuff opened up, and work resumed at full pace. So I’m saying we have to like do a live production job of taking combination dates and making this happen this year.”

Ali Fazal and Richa Chadha are said to be have been dating since 2015. They confirmed their relationship status in the year 2017, when the 3 Idiots actor Instagrammed a selfie with Richa Chadha, saying: “Hai toh hai.” Richa Chadha and Ali Fazal, co-stars of Fukrey, also shared screen space in Fukrey Returns. They also had extended cameos in Netflix’s Call My Agent: Bollywood.