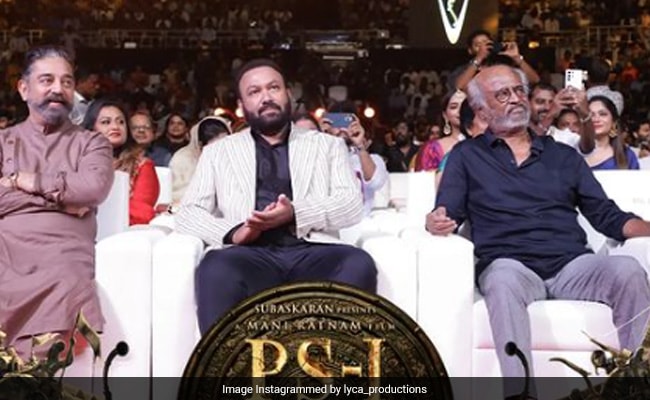 Check out the pictures of the two stars from the grand trailer launch event:

The film is produced under the banner Madras Talkies and Lyca Productions. AR Rahman has composed the music for this Mani Ratnam directorial.

The grand audio and trailer launch event also had in attendance, the film’s star cast including Aishwarya Rai Bachchan, Vikram, Trisha, Karthi, and Jayram Ravi among others.

Check out their pictures from the event:

Mani Ratnam’s dream project Ponniyin Selvan was supposed to be a stand-alone film, however, it was split into two parts. The film was in the making since 2019.

The first part of the film will release globally on September 30 in five languages – Tamil, Telugu, Hindi, Malayalam, and Kannada.