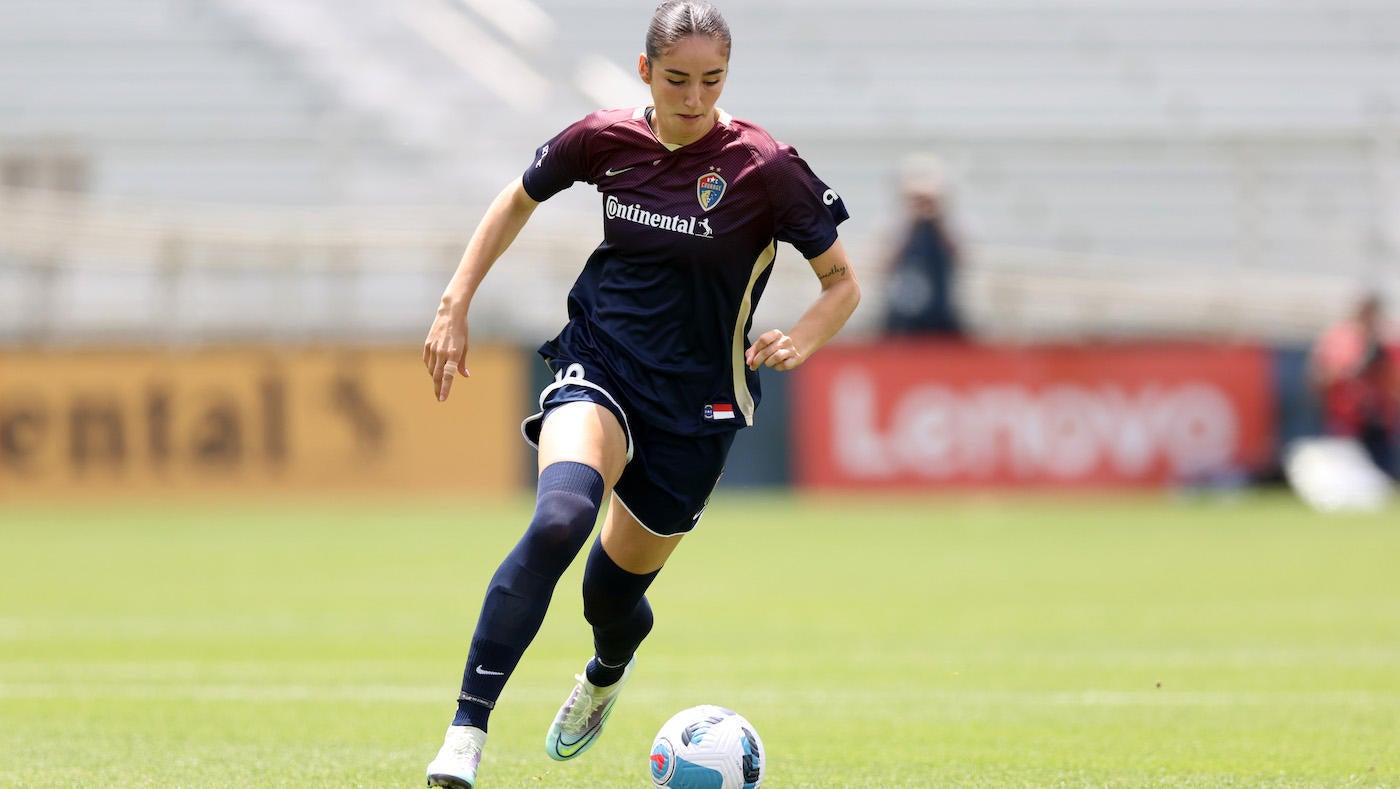 The 2022 National Women’s Soccer League regular season is entering the final stretch with one month of play remaining. Several teams are pushing for playoff positions with the regular season concluding on Oct. 2 and the postseason kicking off Oct. 16 as six playoff teams will compete for a spot in the 2022 NWSL championship game. As always, you can catch the action across CBS platforms, including Paramount+.

As the 22-game season nears its end, individual awards will be evaluated to determine Rookie of the Year, Goalkeeper of the Year, Coach of the Year, and MVP — while the golden boot is awarded to the leading scorer during the regular season.

The 2022 gifted us a fairly large rookie class full of strong performers, so let’s take a look at some rookies that are legitimate contenders, dark horses, or long shots for the Rookie of the Year:

Diana Ordoñez: The 20-year-old Ordoñez shattered the previous record for most goals scored by a rookie and is firmly in the golden boot race with 11 goals scored thus far. Her recent total is just two behind league leader and USWNT striker Alex Morgan and level with Portland Thorns FC forward Sophia Smith.

The Mexico international, who was drafted by the North Carolina Courage with the sixth overall pick out of the University of Virginia, has 13 starts in 14 appearances. Ordoñez’s 5-foot-10 frame makes her a difficult mark inside the box — all 11 of her goals have been scored inside the 18-yard box — but perhaps more impressive is her positioning and spacial awareness. Her goals have been scored fairly evenly — five headers, four right-footed and a pair out her left.

Naomi Girma: The Stanford alum is in the midst of a breakout season at center back with expansion side San Diego Wave FC. She’s a player who knows when to use her vision or body, and her ability to defend on and off the ball has made her a threat on the backline throughout the season. She can help the team spearhead attacks as well and distribute both out the back or higher on the pitch. She is second on the team in pass completion into the final third (90%) and leads defenders on the team in duels (69.3%) and tackles (59.5%) success percentage.

Girma’s success on the pitch has made her a viable contender for Rookie of the Year and she’s also in the mix for Defensive Player of the Year. She is among the top five and second among center backs in the league in total recoveries (138) and has aided in six clean sheets this season.

Sam Coffey: The Portland Thorns youngster has become a staple in the middle of the park. After being drafted by Portland 12th overall in the 2021 draft, Coffey returned for a senior season with Penn State before singing a two-year contract with the club. Thorns coach Rhian Wilkinson has utilized Coffey as a six, which has proved to be successful. She’s connecting with teammates and disrupting the opposition in her new role as more of a defensive-minded midfielder. She’s second on the team in recoveries (110) and third in chances created (22).

Savanna DeMelo: The USC standout leads the league with an outrageous amount of chances created (45) and has started in 17 games this season for Racing Louisville FC. She was selected fourth overall and has since become a key figure in Louisville’s box midfield with the ability to connect with teammates on the pitch. She has three goals and one assist to date.

Alex Loera: There are few rookies for Kansas City that have stood out, but Loera has already made 15 starts on the season. Drafted out of Santa Clara, Loera has stepped up as defensive back option for Kansas City, while being versatile enough to have spent some time in the middle third for the Current. She has two assists this season, tied with rookie forward Elyse Bennett — who could also be a long shot candidate with three goals. Loera’s consistency and ability to collaborate on the pitch is what makes her stand out. Loera is second on the team in chances created (17) and recoveries (120).

Ava Cook: The Chicago Red Stars have had eight first-year players to feature on their roster this season, and several of them have appeared in over half of the regular season matches. Despite the mass wave of rookies to step up and play integral roles in Chicago’s season, most are not among the Rookie of the Year conversation among pundits. The Red Stars’ most likely candidate for the individual award is Ava Cook. She is the only rookie for Chicago this season to have nine starts in her 16 appearances with three assists and two goals under her belt.