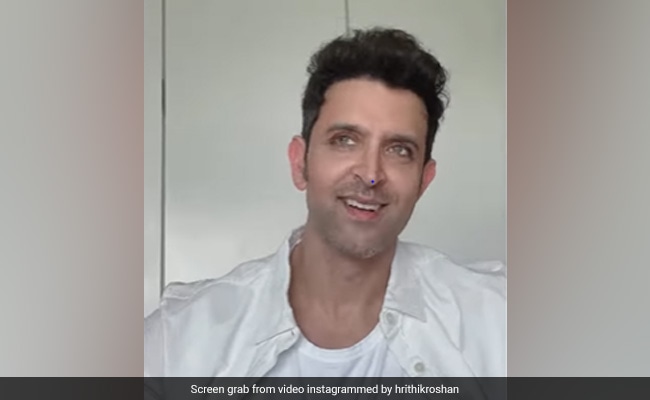 Hrithik Roshan and Saif Ali Khan’s film, Vikram Vedha is all set to release on September 30. Ahead of its release, the actor has shared an interesting way for his fans to be a part of the preview of the film’s trailer. On Tuesday, Hrithik shared a video of himself on Instagram. In the video, the actor can be seen thanking his fans for all the love they have showered on the teaser of the film, also starring Saif Ali Khan in the lead. He captioned it, “Hear hear!Vikram Vedha Trailer Preview for all our well-wishers out there.”

Thanking his fans, the actor said, “Hello everyone, thank you very very much for making Vikram Vedha teaser, rock the way. Very overwhelmed with all the love and affection that has been pouring. I am down with a bit of a viral, which is why, mind is bit scattered.” He added, “I am here to tell you that, before the trailer launch, which is on Sept 8, team Vikram Vedha has planned to present the trailer exclusively to a few of our well-wishers. If you want to be a part of this preview, please send us your pictures with the Vikram Vedha pose and you will have a chance to steal the preview of the trailer before anybody else in this world.I hope you like the trailer, as well as the film, so far so good. Bye.”

The actor, who sported an all-white look for the video, taught his fans the Vikram Vedha pose. Hrithik’s post caught his ex-wife Sussane Khan’s attention, whose comment read, “Congratulations.”

Vikram Vedha, directed by Pushkar and Gayathri, is the official Hindi remake of their 2017 Tamil film with the same name, starring R Madhavan and Vijay Sethupathi in the lead.