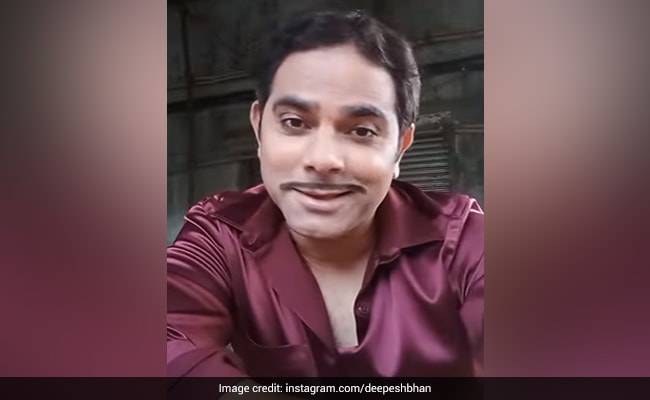 Deepesh Bhan died in July after suffering a heart attack.

The wife of Deepesh Bhan, who died in July, has posted a video on his official Instagram handle thanking the support the family received in repaying a Rs 50 lakh home loan. Mr Bhan, who played the role of Malkhan in popular television series Bhabi Ji Ghar Par Hain, died after suffering a heart attack. His co-star Saumya Tandon had launched an initiative on Instagram to help Mr Bhan’s family repay the home loan. She had made the appeal to the people in a video posted on her Instagram handle to donate and help the actor’s family. Mr Bhan’s wife Megha has thanked Ms Tandon for her help.

“Big thank you mam Saumya Tanson & Binaifer Nakra Kohli and to all who donated to @kettoindia,” Megha, who has an 18-month-old son, wrote in the caption of the video posted on Sunday. “You are such an angel. God will always be with you and love you so much.”

“I was obviously deeply emotionally and financially disturbed after his unexpected death in July. I had a sizable loan on this house and had no means of repaying it. Saumya Tandon from Bhabi Ji Ghar Par Hain entered my life at that moment. She helped me so much that I was able to repay the money in just one month,” Megha further said.

Mr Bhan’s wife then said the purpose of creating this video is to publicly appreciate all those who have helped her in the time of crisis.

“I would also like to thank Benaifer Kohli ma’am, the show’s producer, who has always been supportive and still is. From the bottom of my heart, I want to thank both of them,” Megha said in the video.

Saumya Tandon also commented on the video and wrote, “Lots of love, my dear. I am sure Deepesh will be very happy above somewhere.”

Apart from Bhabhiji Ghar Par Hain, Mr Bhan appeared in a number of humorous small-screen roles. His performances were well-received in other popular television series like series Taarak Mehta Ka Ooltah Chashmah and May I Come In Madam.

Ms Tandon had earlier published a video and asked for donations to help Deepesh’s family pay back a Rs 50 lakh home loan. She had also talked about her enjoyable times spent with the late star.