Karan Johar, who shares a close bond with Alia Bhatt, Ranbir Kapoor and Ayan Mukerji, has treated his Insta family to a throwback picture of the trio. In the image, they can be seen in black outfits as they pose for the camera. Along with the picture, he wrote, “The countdown beings #Brahmastra.” KJo is producing Ayan’s Brahmastra, starring Alia, Ranbir, Amitabh Bachchan, Nagarjuna and Mouni Roy. The movie is slated to release on September 9. Check out the post below: 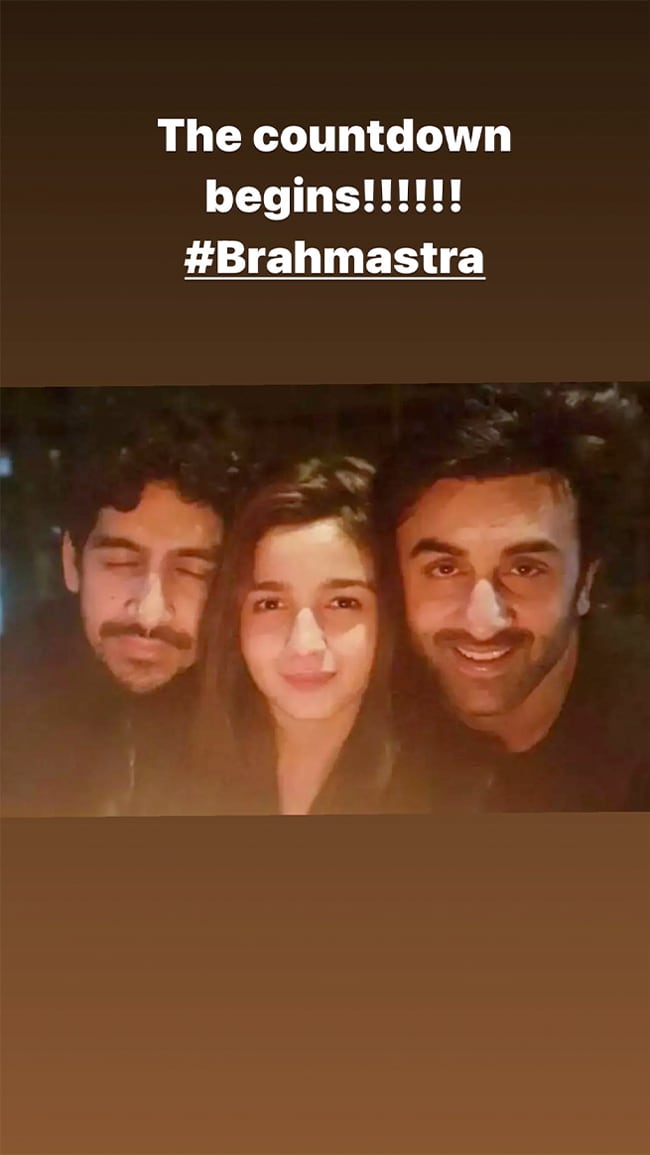 A while ago, Alia Bhatt shared a video on her Instagram in which she can be seen sitting with Ranbir Kapoor and Ayan Mukerji in a movie theatre. In the video, the actress revealed that for the first time, she’s watching the movie in 3D. Also, one day prior to the release, that is, on September 8, they will have a fans screening. Check out the post below:

Brahmastra is one of the highly anticipated films of this year as it has been in the news ever since the makers announced it in 2017. Earlier, the movie was scheduled to release in 2019 but was delayed. Then, they planned to release it in 2020, but due to the COVID-19 pandemic, they again had to postpone the release. The movie will be released in three parts, and the first part is releasing on September 9.

Meanwhile, on the work front, Karan Johar is returning as a director with Rocky Aur Rani Ki Kahani, starring Ranveer Singh and Alia Bhatt. The movie also stars Jaya Bachchan, Dharmendra and Shabana Azmi. It is slated to release next year in February.